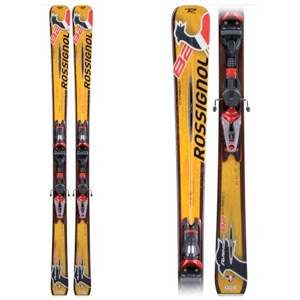 The last two days have been delightful sunny spring skiing experiences. Thursday my new skis arrive and Friday afternoon and Saturday morning they passed all the tests that I could give them. The Rossignol Avenger Carbon 82 skis are very forgiving in a variety of conditions. They performed well during the bumpy and hard surface conditions for the early morning runs and continued to perform well in the clumps of corn snow later in the day. Edge hold is great and the lighter weight compared to my former skis gives me a bit more agility in the bumps. I will not pretend to ski the bumps fast or well, but find that I am now more able to move comfortably through the moguls albeit at a slow pace. Hercules had some gigantic soft moguls today.
Enjoyed a long coffee hour with Larry, Jack, and Tom (the Rochester bunch) and we later skied off chair 4 for a few runs. More bare spots are appearing but there is still a ton of snow in enough places to provide decent, if not great spring skiing. The Rochester bunch cut out for lunch early, so I skied solo for several more runs until a crazy bomber nearly wiped me out as he flashed by. I decided it was then time to do other things for the day. Bought my season pass for next year and my locker.
As I age, I find I have more and more respect for the geezer skiers a decade older than I am. I hope to follow in their footsteps. Should it come to pass, I hope remain an optimist who buys a season pass for the next season on a 90th birthday.
Posted by Gerry Rehkugler at 2:39 PM