I can still remember my fourth grade experience at the North Rose Central School.   It was my first year after a year in a one room school.   For the most part it is a a relatively distant and somewhat indistinct memory.   Last Thursday I was reminded about the characteristics of fourth graders when 61  Groton Central School fourth graders visited the Living History Museum in Homer, New York.   I serve there as a volunteer guide for part of the day one day a week.
Our guests arrived about noon accompanies by several teachers and parents.   Because of a rain out at the park they picnicked in the dry of our museum.  Normally we do not allow food or drink in the museum but an exception was made to allow our guests to eat sitting on the floor of our Brockway Truck exhibit area.  They were an active bunch but well behaved for the most part and very nicely cleaned up after themselves.
Following lunch the larger group was divided into smaller section of about 20 students.   As guides we had the chance to lead them through the three different exhibit areas of the museum.
Keeping the attention of fourth graders is a skill that I have yet to develop.  However, I learned that asking questions was a way of engaging their interest.   Thus putting on my teaching hat, I attempted to fill them in on the history of the Brockway Trucks in a way that would relate to their life experiences.   It was fun to explain how engines and transmissions work and even to point out these elements in our exhibit.   The military museum has a number of  weapons, uniforms and so on that also kept their interest.   We also have train related artifacts that many could relate to since about half of the group had ridden on a train.   In the tractors of yesteryear area I felt most at home with illustrating the  unique features of the tractors on display.
Although I am many, many years away from the fourth grade, I still enjoyed the interaction with these bright young people.  Perhaps the museum experience will enhance their appreciation of history.   As a living artifact, I hope they weren't too bored with my attempts to engage their curiosity.  I had fun and look forward to more school visitors.

Posted by Gerry Rehkugler at 11:30 AM No comments:

Happy to hear my home ski area of Greek Peak is installing a new quad chair lift for the 2013-2014 season.   The new owners are committed to improving the ski side of the resort and this first move is especially welcomed by this geezer skier.   One of the banes of lift loading is having the chair whack you in the back of the legs.   The new chair from Dopplmayr has a marvelous loading system.   The skier slides onto a slow moving conveyor belt that is slightly slower than the chair speed so you are gently seated as the chair comes around behind you.   With this system there is no human involved who could make a mistake in loading as it is with the standard fixed chair lifts.   What a blessing!!
Several standard lifts will remain in operation at the ski area so we geezers will still have to be alert to the distracted lift loader failing to hold the chair properly.  However, I am impressed with the commitment of the new owners to improving the skiing experience.  Perhaps there will be better training and supervision of the chair loaders.   In spite of this comment about the loaders, I do want to thank them for their service.  It is a tough job!
Along with the new ski lift the new owners are purchasing a new groomer and upgrading the snow making.   More pluses for the committed geezer skiers who are among the most regular everyday skiers.   In addition new rental equipment is being purchased that should enhance the experience of the beginning skiers.
Although we are just approaching summer, I look forward to the return of snow in December and enhanced facilities at the ski area.   Another social plus for the new ski lift is the capacity of four on a chair allows more family togetherness.   Now when daughter and son-in-law come from Long Island for  ski weekend, we will all be able to ride up together.

Posted by Gerry Rehkugler at 2:20 PM No comments:

Moving to the Big Leagues

This morning I heard an NPR radio piece about a baseball player trying to move into the big leagues.   At age 23 he is playing AA ball after a short stint at AAA.   He hopes to eventually move  up into the major leagues.   His manager thinks he has the talent and may eventually improve enough to make the move.   I guess he has about a 50-50 chance of realizing his dream since the data shows that only a half of over 6000 minor league players have made the big jump.
All this got me to thinking that all of us have had a dream of moving into the big leagues in our lifetime.  Whatever our profession or employment or other activity there is some kind of metaphorical big league that we would like to play in.   As a politician it is the progression from local to county to state to federal political office either as an executive or a legislator.   I guess even within the clergy there can be the aspiration to be a bishop.   For those of us who have had an academic career there can be the aspiration to become a tenured faculty member in an elite Ivy  institution or in one of the other  top twenty U. S. universities.   Wherever we play out our aspirations there is a "big league" vision that tantalizes us.
Back to the story of the young baseball player.   When asked about his feelings about be sent back down from AAA last year he replied, "It was tough but after I got over the initial disappointment, I made up my mind to just work on getting better and just enjoy where I am at the moment."   Wow!  What maturity!   Life experiences for most of us is that we may get to "play in the big leagues" perhaps for a while or maybe not at all.  Or we may "play"  at the highest level but eventually get sent down to the minors.   Whatever the case we need to enjoy the ride wherever we are.
What is playing in the big leagues in our senior years?   One thing I can suggest for the senior skier is that regardless of age our big league experience is to be on the slopes on a regular basis throughout the entire ski season.   Or perhaps in the latter years just showing up for a few runs and coffee is big league achievement.  Hopefully we will maintain our skiing competence in spite of the vagaries of the aging process.   Perhaps the greatest thing we can do is show up! 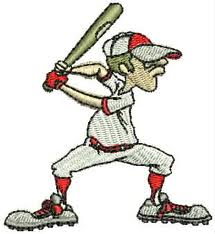 Posted by Gerry Rehkugler at 3:14 PM No comments:

Every June I look forward to playing tennis in the New York State Senior Games in Cortland.   Lately I have been playing in the Singles division in my age group and in the Mixed Doubles group division in Nancy's age group.   Although I failed to be a medal winner last year in my singles group, I still enjoyed the round robin play that gave me several matches over the course of two days.   By virtue of a small number of participants in mixed doubles last year, Nancy and I were medal winners.
Unfortunately the 2013 games have not been as satisfying.   In my pool of six players for singles we were only able to get in one match a piece before the rain came in earnest.   At least I had a win so that was partially satisfying.   However, I would like to have had a chance to at least test my skills against the remaining four opponents.   I have never beaten three of the remaining four but it still is rewarding to raise my level of play against them.   Perhaps my only hope now is to outlive them!
Today was another rain day with no matches scheduled.   Play is scheduled for singles tomorrow although the doubles play has been cancelled.   Unfortunately, I will have to forfeit my play tomorrow due to obligations for  the Cornell Alumni Weekend.   Oh well - I  trust there will be another year to play again.
Meanwhile, I give my best wishes to Wise, Usher, Shannon, Schoonaker and Viktor  S.  as they battle it out tomorrow.   We are all within five years of age of each other and for about three years of the five year bracket we are all in the same bracket.  However some of the years one or more is in either a higher or lower age bracket.   With Nancy I get to play with the youngsters!

Posted by Gerry Rehkugler at 11:25 AM No comments: