It is clear that we are into the waning days of the 2010-2011 ski season.   Spring conditions dominated the skiing today with early morning showers followed by warmer afternoon temperatures to give us corn like snow.   The slopes were mostly deserted early in the day but a few skiers showed up for the latter part of the day.  With spring conditions comes fewer slopes open and fewer lifts in operation.   Geezer skier Harold Foster and I has a good time in spite of the marginal conditions.   This is the time of the year for a more conservative approach to our runs.   No sense in having a fall late in the season and getting an injury.
I noticed that Channel 9 TV was doing some filming today.   Apparently a new law requiring age 14 and under children to wear helmets is going to occur.   A great idea as far as I am concerned.   I have always been a strong advocate of helmets for everyone.   There are still a few geezer skier holdouts who refuse to wear helmets.   I hope that they never take that fall that whacks their head on the hard pack snow.   I know of at least one geezer that took that kind of fall before he got a helmet.   Fortunately his injury was superficial.   The worst fall I ever took was walking out to the lift.  I slipped on some ice and went over backward on the back of my head.    The helmet saved me from a fractured skull.
As spring comes upon us we will see conditions deteriorate but hopefully the excellent base will hold up until April.   I am preparing myself for a new daily routine sans skiing.   Since I am scheduled to give a lecture tot he Cornell Emeritus faculty in late April, my attention will turn to the academic side of my life.   And there will be a to-do list for home as well.
Best wishes for sunny spring days skiing on great corn snow for the remainder of the season. 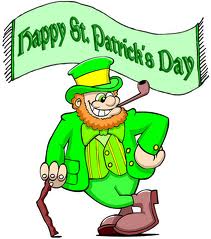 Posted by Gerry Rehkugler at 3:05 PM