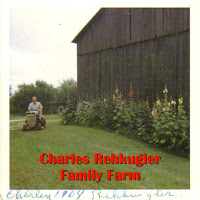 My early morning devotional reading triggered memories of my father. The reading spoke to the value of memorized Bible verses in helping one through hard times. The woman author had memorized a number of bible verses in her childhood Sunday School classes. She has been thankful that they have comforted her during stressful times in her life.
When I was no more than five or six my mother was hospitalized with mental illness. At the time it was a mysterious event for a child and certainly disconcerting. However, I was blessed with a grandmother that doted on me and more importantly my father really stepped up to care for me. I particularly remember him teaching me the 23rd Psalm. This Psalm is firmly embedded in my mind and has been a comfort to me in my most trying times. Especially when I was recovering from two different cancer related surgeries.
My father could be described mostly as a gentle giant who could be extremely forceful if aroused by some real or perceived injustice. He led a tough life as a farmer in the days of minimum mechanization. My grandfather and his father died when he was seventeen. Dad became the lead person on the farm to care for my grandmother and Uncle Ben who was described as "slow". Meaning he had limited mental and social skills. His sister Ruth and brother John had already left the farm for other jobs. My dad cared for grandma Rehkugler until she died as well as Uncle Ben. At the death of Grandma Rehkugler he discovered there was no will and he was required to buy out the other heirs share of the estate so he could operate the farm. An injustice that mars the family history even today. However, our family pulled together and became successful fruit, vegetable and crop growers.
By today's standards my dad passed away too early at age 68. He had vices that were not favorable to his health which included smoking and a diet of excess of fats. The vigorous exercise of farming mitigated some of this. I am truly sure he loved me, although he never would have spoken those words to me. However, he was always proud of me and my accomplishments and lived to see me be the first in our family to go off to college and even to complete advanced degrees and become an academic.
So I honor my father and the things he taught me. To work hard, be kind to your neighbors and to rise above the hard knocks of life. May my children so honor me at my passing.
Posted by Gerry Rehkugler at 2:26 PM

The average age is comparatively older (+35) and the number of users beneath age 25 is low. Social Casino video games have essentially the most secure demographic information, with close to equal splits of female and male 카지노 사이트 users as well as|in addition to} a youthful person base. Poker / Cards have a better male person base and a comparatively youthful average age of gamers.