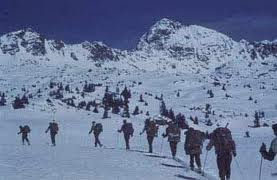 I was only six years old when the attack on Pearl Harbor occurred.  However 69 years later I still have vivid memories of the radio announcement and the reaction of my parents to the news.   The shock and anxiety expressed by my parents was disturbing to a young lad.   Today, I have reflected on the geezers who are the survivors of the attack and all those geezers that served so bravely in the conflict that followed.    I think of Lyle Noody of a neighbor family who was wounded by a grenade in the Pacific war.  And I again mourn the death of the Raymer boy who died on the beaches of Normandy on D-Day at the tender age of 18.   As civilians during World War II we too made some sacrifices.   Rationing of certain goods was the rule of the day.   Fortunately we were essentially safe from bombs and bullets.

So on this day that will go down in infamy I salute all you surviving geezer veterans and say thank you for your sacrifice.   I am pleased to say that I  have had the opportunity to ski with some of you in the past and continue to ski with some of you each year.   Many veterans learned to ski as part of the 10th Mountain Division and others who were stationed in the Alps also learned to ski for recreation.  My wife's father Tommy Poole was a Chaplain during WW II and learned to ski in Switzerland.   Perhaps it is an irony that the war introduced many men to the sport of skiing that could become a pleasurable passion for the rest of their lives. 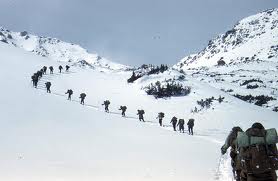 Thank you veteran geezers from all of us that benefited from your sacrifice.   My we learn in this day to return to the values of sacrifice that sustained us in WW II to enable us to finish the battle against the terrorists of today.
Posted by Gerry Rehkugler at 3:30 PM