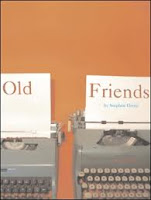 The illness of my friend Dave has inspired me to think about enduring friendships.   Dave is now in recovery from brain tumor surgery and many of us have been praying for his recovery as he goes through the radiation and chemotherapy.   We go back a long way - all the way to 1954 when we met at Cornell where we both were enrolled in Agricultural Engineering studies after transferring respectively from Syracuse U. and Purdue U.   We both settled in at Cornell after shaky starts at the other institutions.   We went on to double date  sorority sisters that later became our wives.   Dave's marriage has endured and wife Letty is a jewel of an upbeat person.   I was not so fortunate to have equal success in the first marriage, but thankfully the second time around has been a joy.  Friend Dave was a helpful confidant in during my trying times.

Dave and I were roommates along with our mutual friend John Long during our latter undergraduate years.   Subsequently we both became Assistant Professors of Agricultural Engineering and enjoyed successful academic careers.   As we move through our retirements and our senior years we remain aware of the good times we shared and the blessings we have received.  Although we no longer frequently see each other, the lasting friendship remains and thus each day he is in my thoughts and prayers as he deals with this challenging event in his life.
Posted by Gerry Rehkugler at 6:03 PM