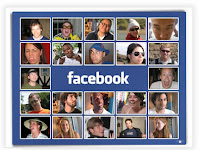 I have entered the Facebook age. At least I waited until over 500 million people joined Facebook. By now I suppose another million may have joined and on it goes. All of this has caused me to reflect on when and why people embrace new technology or behaviors. What is the incentive? And what is the benefit cost ratio? My incentive for Facebook is to connect with friends and family in a new way and more frequently. That is the benefit. However this has been at the immediate cost of spending significant time learning Facebook procedures and voyeuristic peeking at the profiles of people that I only peripherally know.
Much of my career involved creating new machinery for fruit and vegetable harvesting and handling. We often worked with agriculturalists who were early adopters of new technology. Early adopters of new technology do not always reap the most benefit from the innovation because of the process of perfection of the device or process. It seems there is an optimum time to adopt a new development. Early enough to be ahead of the competition, but not so early that one suffers the losses from the failures during the perfection stage. Agricultural economists who have monitored farmers rate of adoption of new technology has demonstrated that the pioneers have an economic loss while the second wave users probably benefit the most. The late adopters of technology are also penalized by being at a competitive disadvantage and loss of profits in the middle stage.
We have seen a number of the dot.com innovators come and go. The fate of Facebook looks promising at the moment and I suspect that we may be in the highest benefit to cost ratio time. However, there still seem to be some flaws. I am a bit antsy about the privacy settings and issues. Right now I am struggling to resolve how much I am willing to reveal of my life and to understand the controls for privacy. For me the jury is still out on Facebook.
Posted by Gerry Rehkugler at 12:39 PM