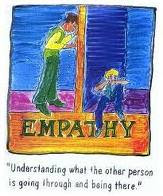 About a week ago I finished reading the book "Do Androids Dream of Electric Sheep?" by Philip Dick. The book is the reading project for the Cornell class of 2014 entering freshman class. As a faculty adviser I thought it would be appropriate to be prepared to discuss this book with them. This book is also the basis for the semi cult movie Blade Runner.

This sci-fi novel explores a future earth that has been decimated by atomic warfare that has caused most humans to emigrate to Mars. The Mars colony is assisted by androids that do most of the work. Androids escape from Mars to travel to earth to mingle with humans and attempt to pass as humans. These androids are considered to be a threat to the Earth society and are hunted down and destroyed by bounty hunters. A bounty hunter is the protagonist and the novel wends its way through the angst of the bounty hunters life of pursuit of and eliminating androids. The androids are more or less physically indistinguishable from humans. However a test has been developed to measure reactions to hypothetical critical situations that humans would encounter. Essentially they test evaluates empathic reaction. The bottom line is that androids lack the ability to feel empathy.

The underlying theme of the novel forces one to consider what it is that makes us human and to be alive. The writer basically establishes empathy as the overreaching element that makes us human. The author also introduces the complexity of human connections to animals. In the futuristic Earth world almost all of the animals and even insects have become extinct. However, technology has created life like replicas to satisfy the human need to interact with animals. These animals mimic the same need that real animals have for care. Thus a connection into the empathetic need for humans to feel tied to all living things. Thus for the androids, do they actually dream of manufactured sheep?

Empathy is truly a valuable human trait that makes us able to care for others and to live a meaningful life. Empathy enables us to love and experience the joy and pain of others. Without this trait we are simple the android automatons going through the motions. I suspect that our prisons are mostly filled with individuals that have somehow become short of empathy. With empathy we are able to help others and empathy of others is able to heal us.
Posted by Gerry Rehkugler at 2:10 PM