Yesterday I made my annual visit to the Empire Farm Days near Seneca Falls, New York.  A great farm show featuring the latest is agricultural machinery and technology.  Long ago I grew up on a general farm and was always fascinated by farm machinery.   Now some 65 years or so later I can reflect on the evolution of technology from my youth to now.   Incredible changes have taken place.   The simple and relatively small tractors of my youth have evolved to sophisticated behemoths with all kinds of bells and whistles including air conditioned cabs and driver less operation.   Implements have also evolved to incorporate computers and controls for precision seeding and fertilizer application.
Here is an example of one evolution of a an implement.    The round baler.   Pictured below is the Allis-Chalmers round baler introduced in the later 1940's.   It produced  a round bale small enough to be handled by a person.   That technology was revolutionary for its time since small square bales were the norm.  Fast forward to 2015 and take a look at the second photo of the large round baler of today capable of producing a wrapped bale of a thousand pounds or so.  Obviously a bale to be handled by machinery.
Another observation is the worldwide nature of implement manufacturing. John Deere and Case and New Holland are familiar United States tractor manufactures, for the larger machines.   For the smaller tractors there is a multitude of overseas manufacturers.   South Korea, Japan, India and so on are in the mix.  I was amazed at the number of brands I had been unaware of.  A few pictures below illustrates the proliferation of brands.
On the social side of my farmers holiday, it was fun to observe the community at the show and to connect with some of the folks operating the booths and displays.   Numerous Amish families were evident by their dress and the size of their young families.   Many of the older and retired farmers were handicapped enough to be riding around the grounds in golf carts.  Enticing food was available at several venues run by run churches, associations and service groups.   A money making opportunity for those agencies.  Enticing smells of barbecue beef, chicken and pork wafted over the grounds.   (Lunch for me was one of the biggest "small" barbecued pork sandwiches I had ever eaten).    The whole gala is run by what used to be the Potato Growers Association.   Many youth hired for the event are attired in brightly colored tee shirts and add a robust youthful ambiance to the program.
In closing, I bask in the memory of my day hobnobbing with the agricultural community.  I covered all the exhibits, ate some good barbecue,  saw some friends, and got my days worth of exercise.   In a sense I am continuing a family tradition since my father was an annual visitor to the precursor of the Empire Farm Days.   And so I honor him this day as well. 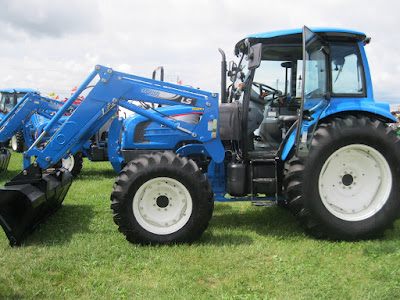 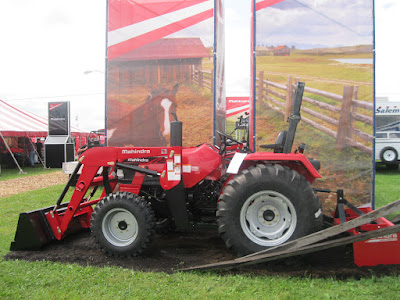 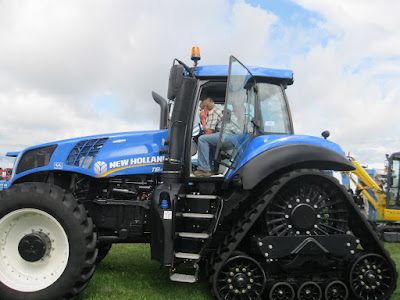 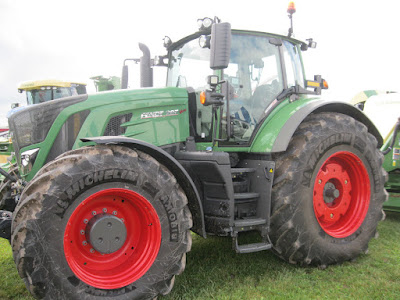 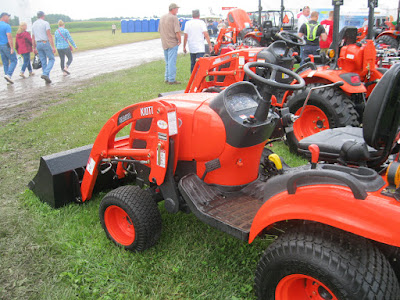 Posted by Gerry Rehkugler at 11:42 AM